The Story Behind the Kramer Painting

He is a loathsome, offensive brute, yet I can’t look away.

What happened to the painting that made Seinfeld famous?

The 38th episode of Seinfeld is very famous. In the episode labeled as “The Letter” the most famous Kramer painting appeared. The episode was first aired on 25th March 1992. Have you ever thought that after the appearance in Seinfeld what happened to he painting?

You will be surprised to know that it has been 20 years since we saw Seinfeld on TV. Among its fans, the show still has the cult-like popularity. The most amazing part is that still, the fans of Seinfeld are increasing. There are several younger viewers that love the show. The reason behind it is

The infamous line of the episode “He is a loathsome, offensive brute, yet I can’t look away.” Is what that made the episode so popular. In the episode, Kramer is forced to pose for a painting. He is famous but the couple that came to the gallery for the paintings did not know him. This is the point when he said those words and people thought that it is one of the most accurate assumptions that have been made about Kramer and Seinfeld Kramer painting.

It is regarded as the best single line observation that has been made on the character of Kramer. It is the line from the show that fans love to repeat and it became one of the best dialogues of the film.

The truth about Seinfeld Kramer painting

The truth behind the painting is that it has been reproduced millions of times. You can easily find a copy of the Kramer painting online. You will be surprised to know that the real artist of the painting is still unknown because the original painting was not signed. No one has claimed to be the mysterious artist but everyone is still curious and wants to know who was the talented artist behind such a masterpiece. It seems like we will never be able to find out the truth behind the Kramer painting.

What happened to Seinfeld Kramer painting?

After the popularity of the show, many people say that the original painting is in a lodge in Connecticut. However, no one has been able to find the real painting. The Kramer painting from the Seinfeld show disappeared after its surprising appearance in the show. Most of the fans thought that it had been stolen by a  crew member but no one has seen or heard from it in over 20 years..

There are many individuals that think Seinfeld especially got permission to show the painting in their show but after that things went down the drain and no one knew where the painting actually went. I guess only time will tell what actually happened to the masterpiece. 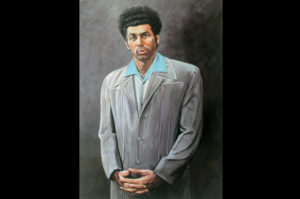 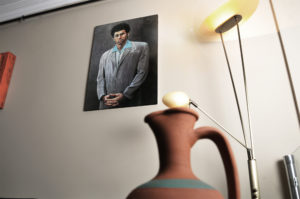 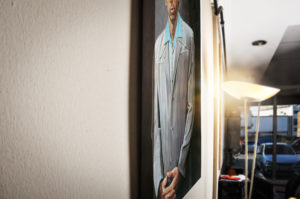